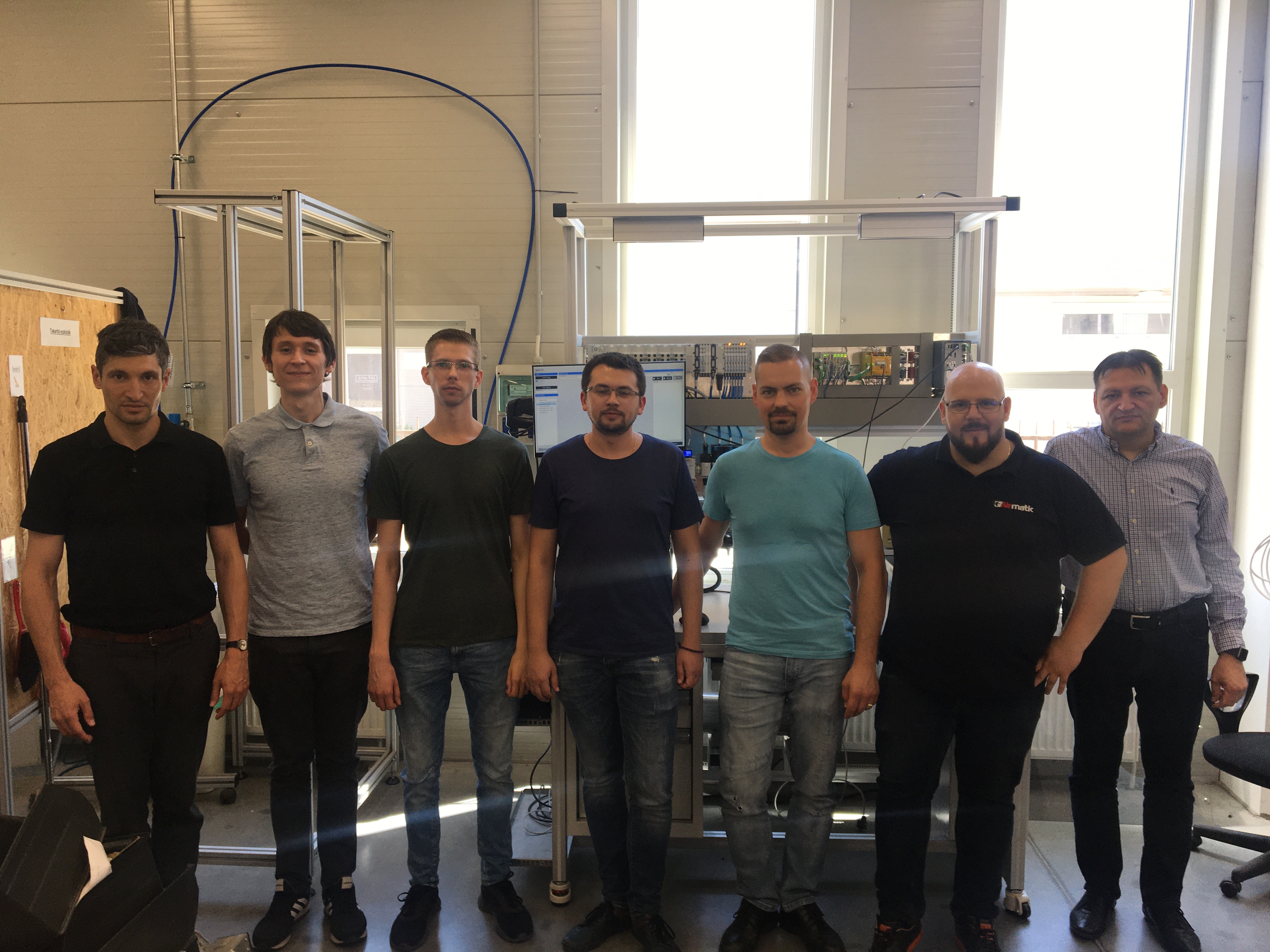 In July, as a closing act of a successful project, our colleagues visited Airmatic’s headquarters in Kecskemét, Hungary. The joint work started in the spring of 2019 and ended in the summer of 2020, after a 6-month prototype implementation phase.

Airmatic Ltd. is an SME building test benches for configuration and functional testing of the product/assembly lines of their customers, mainly for the transportation domain, such as railway and heavy goods vehicles. Airmatic test benches are equipped with a complex software system to support the specification, execution and display of test sequences.

This project was about designing and implementing AirStudio, the future version of this software system, with the ability to execute tests in a real-time manner, which poses special requirements against the software and hardware environment. The most important challenge was achieving high performance and throughput in terms of the number of test commands executed per time unit, as real-time guarantees and high execution performance are usually contradicting requirements that call for a compromise.

Read more details about the project in our online case study.